I exist daily to spite the devil.

Let me show you what that means.

When I get out of bed, that is an act of resistance. When I respond to my mom’s messages and calls, that is artillery. When I ask for prayer, counseling, and support, I break the silence. When I knock on heaven’s door, its power floods me through.

Half alive, I heard the most brilliant lie
Sleepless eyes, close the light
And rest your mind while you burn

“Black Rain”, from Telephantasm by Soundgarden

This week I’ve been barraged – spiritually, mentally, emotionally, physically – and am left standing. I will not be shaken. Though hell may be on earth, it has no power over me yet.

Yes, I am engaging in spiritual warfare. I am also mentally ill in many respects. Neither one of these factors could have attacked me so forcefully without aid from the other.

My depression manifested itself last week with the sudden urge to self harm. I knew that thought had not been placed into my head by anything from the Father. A major depressive episode followed, and I ended up crying in public, crying in front of friends, crying when I got up and when I lay down, and many moments in between. When I was out of tears, I would stare off blankly, unrecognizable to myself at times.

“I Look To You” – Whitney Houston

But I didn’t go it alone. Over Sunday and Monday, I reached out to my Family Group first, and they covered me in prayer. My mom (bless her heart) became concerned and arranged tickets to come see me next weekend. I reached out to my pastor and set an appointment with a counselor within the same hour.

I could only bring myself to eat about once a day. A friend came to visit me on Tuesday night and brought chocolate, which sustained me for the rest of the week, when I couldn’t go down to the dining hall.

On Thursday, I could sense a panic attack coming. My heart rate had been increasing all day, for I had little of the work due for lab the next day completed, three essays to write, and three midterms upcoming.

For hours, it was all I could do to just breathe. I hummed Pearl Jam to myself and lay myself in child’s pose, and I prayed for God’s peace to come upon me until the fear subsided a bit and I could finally go relieve my bladder in a public space.

I nearly fainted later in the night. I grabbed a wall and held on as the world swayed around my head, devoid of all thoughts except that of to stay upright.

I updated my mom, who reminded me to get some energy input. It was true that I hadn’t eaten all day, and only once the day before.

Sleep was futile, so at 2:30 in the morning I found myself calling campus police in the middle of Wellesley town asking for a ride back. I had wandered through neighborhoods, past schools and parks underneath the stars.

It was a clear night, and I had stood underneath constellations and shooting stars until my heart became glad with my downcast soul.

I knew these things to be true. That God would never give me more than I could bear. That I am being put through (hell)fire so that I can emerge a sharper tool for His marvelous purposes. That Satan has no power or stake over my body, my words, or our relationship. That God understands me more so than myself, from even before my physical body was formed. And that praising Him for a thousand years would never do justice to His worthiness.

While I had fought off a panic attack the night before, I didn’t expect to get another one less than ten minutes into lab itself. But as I sat on the bathroom floor heaving, half alive, and weak, I believed I would make it through. Between the pain coming in waves, I challenged the devil. Is that really the best you can do? My foundation cannot be shaken. I am with the hopeless but I am never for a moment one of them.

In that stall that Friday afternoon, I realized one thing. That I would rather be right here in this valley of death with my Creator than elsewhere without Him.

So, have at it, devil. But just realize that the more storms you send my way, the tighter I will cling to my rock.

Eventually, I picked myself up, returned to lab, completed it, asked and answered questions, absolutely loved my lab partner, and returned to McAfee to pack up for fall retreat.

While I am finding it a little underwhelming, and at times I wish I was at work with my essays and midterms, worship time has been the most genuine part of my experience. It’s been very meaningful searching to find the resources to praise God from a broken and contrite heart.

All the times this week when I felt an immovable weight over my body, when I have been incapable of eating or sleeping, when I’ve been tempted to inflict even more physical pain over myself, I’ve drawn near.

Come to Me, all you who labor and are heavy laden, and I will give you rest. Take My yoke upon you and learn from Me, for I am gentle and lowly in heart, and you will find rest for your souls. For My yoke is easy and My burden is light.

It would be no exaggeration to say that I would likely not be here today if I did not know my Redeemer. I’ve been given the spiritual armor to stand firm. For that I will say: Hallelujah! 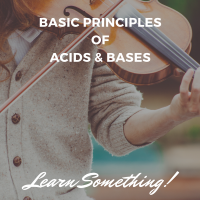 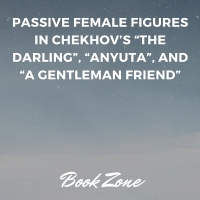 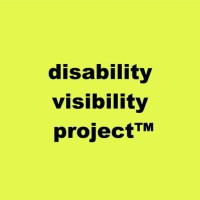